louisiana.realigro.com is the first worldwide real estate search engine where you can look up listings of homes for sale in Louisiana

Property for sale in Lousiana

It borders with Texas, Arkansas, Mississippi, while to the south it is washed by the Gulf of Mexico.

Louisiana is known by several nicknames: The Pelican State (official), The Bayou State, Child of the Mississippi, The Creole State, Sportsman's Paradise, The Sugar State and The Boot. The eastern border is the Mississippi River and the Gulf of Mexico is south. The point of view is the 25th in the United States, it grew by 0.47% in the first half of 2016 and the growth forecasts estimate a constant growth of 1.8% up to 2020.

When people think of Louisiana, think of New Orleans, the city is bigger and more modern than the whole world. It is a unique and eccentric city of unprecedented melting pot, with strong Spanish and French influences. So it is a strange but interesting place where looking for property for sale in Lousiana.

Every year more than a million visitors flock to the "Crescent City" to take part in the exuberant festivities that lead to Mardi Gras (Fat Tuesday), a state party in eight Louisiana parishes.

Thanks to this world-renowned event, in addition to the New Orleans Jazz Festival and year-round love and live music in the historic District, it is one of the most important attractions of the United States.

New Orleans is also a city of artists. New Orleans has more artists, designers and people working in the media than 90% of communities in America.

Still today, one cannot speak of Louisiana with the mention of Katrina the hurricane that in 2005 killed over 1,500 people in the state, causing over $ 108 billion of property damage at the regional level and displaced about two million people in Louisiana.

With 63% of requests for loss of ownership due to Katrina, local and state officials have tried to rebuild neighbourhoods and cities one house at a time. While some areas of Louisiana have been badly hit and flooded, particularly the Ninth Ward in New Orleans, others have been spared. The reconstruction has meant not only the return of tourists, but also the Louisiana population and the real estate market. The state became one of the best place for property for sale in Louisiana.

Baton Rouge, the capital of the state and the second largest city, has not suffered serious damage but has also been affected by the Hurricane. Many displaced people from New Orleans and other coastal communities have migrated to Baton Rouge, 80 miles northwest of New Orleans, putting pressure on city services, schools, and government. In the days and weeks immediately following Katrina, the population of Baton Rouge more than doubled.

In this way, property for sale in Louisiana is less expensive.

Given the subtropical climate of the state, small Louisiana towns marketed by the state are great retirement sites. Some of these cities are Lake Charles, a port city with a gambling industry; headquarters of the Red River and a large industrial park full of technological companies; and Monroe, an old cotton port on the Ouachita River that gave birth to Delta Airlines.

More news on the real estate market
Other 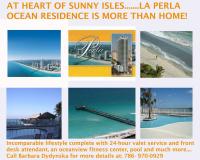 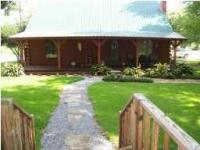 » Show more
Why choose Realigro?
There are many reasons for choosing Realigro. We summarized them in this beautiful infographic
Free
and Premium Services Check out how easy it is to sell or find your home with our Free and Premium services
Professional Services Discover how to increase your business opportunities
Collaboration between Property portals Do you have a property portal with a nationwide focus? Publish your database on Realigro.
Property for sale
» Other
2005-2020 REALIGRO REAL ESTATE LTD. All Rights Reserved - VAT Nr: 893969932
Neikos Digital Agency
BB